Home » Food For Thought » Why I Planned to Breastfeed My Daughter….and Then Didn’t 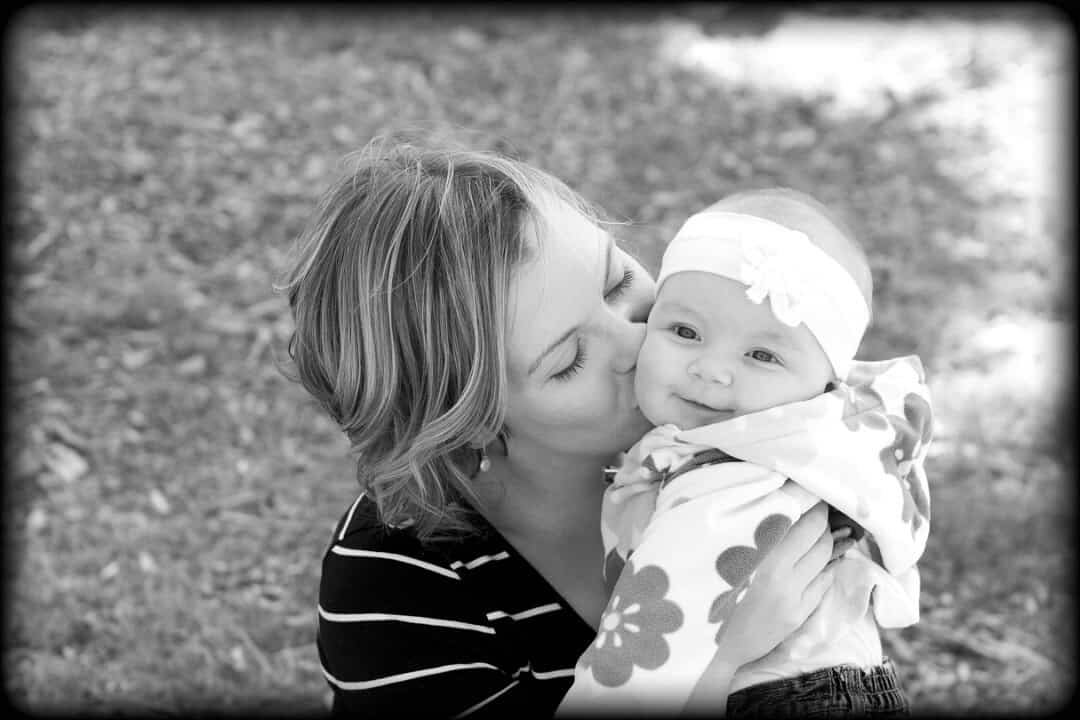 But at least one of you will need to read this. Because I needed to hear about a story like mine back when my daughter was an infant and I was overwhelmed by the transition to motherhood. I needed to know I wasn’t a failure or a bad mother simply because I couldn’t walk the nursing route. And I hope at least one of you finds comfort in not being alone.

I think as a “natural mom” who promotes real food for kids and “keeping life as close to nature as possible”, people just assume that I exclusively breastfeed my only child. And I planned to. Man, did I plan to. I remember purposely passing over the bottle section at Babies ‘R Us when registering for my shower because I had decided I wasn’t going to need them. And when I got a bottle as part of a baby shower gift, I politely thanked my friend and tossed that bottle in the closet….planning to gift it to the next person I knew having a baby. I wasn’t going to need it, after all. I was going to breastfeed my daughter the way nature intended.

And then parenthood did what it does best and humbled the heck out me. Right off the bat.

My labor and delivery didn’t go as planned (at all). My water broke at 39-weeks, but my uterus refused to contract and I ended up needing every intervention that I had planned on refusing. Even with oodles of medication and attempts to get my body into gear to deliver my daughter naturally, I ended up having an emergency c-section after 50 hours (yes, 50) of labor. While it was wildly blissful to (finally) hear my daughter cry for the first time in that cold bright operating room and realize we were both healthy and okay….I was left exhausted and my body traumatized by the experience. I remember trying to nurse Alice right after she was born, only to struggle in guiding her on how to latch. That first night, I was up every hour, trying to get her to latch and breastfeed without success. The nurses tried to help, but Alice and I both struggled to find our breastfeeding rhythm and they started to express their concerns over our struggles with being remotely successful at nursing.

But still, I pushed forward with my breastfeeding plan.

Now every baby drops a little weight right after they are born. This is normal. It is also normal for a mother and baby to take some time to figure out the whole nursing deal. However, Alice and I couldn’t figure it out. No matter what position I tried to feed her in, nursing was painful and frustrating for the both of us and my milk supply didn’t seem to be enough to keep her satisfied. Alice’s doctors expressed concern over our nursing situation and sent me to see a lactation consultant. She informed me that Alice was tongue-tied and that was impacting her latching abilities. The LC also gave me a list of things to take in order to increase my milk supply. I started to feel some hope. We had Alice’s tongue tie clipped and I ate oats and nutritional yeast like it was my job. And I felt optimistic that we were headed in the right direction…and that soon nursing was going to be the beautiful bonding bliss that everyone always seemed to gush about.

And it did get better. But only a little. And then life handed me another hurdle.

At the time of Alice’s birth, my husband was actively serving in the U.S. Navy. And 6 weeks after her birth, he deployed for 7 months.

So, there I was, an exhausted new mother. 3000 miles away from her extended family. Husband gone for 7 months. Feeling lost. Stressed. Alone. And like a utter failure every time I tried to nurse my daughter. My supply was deeply impacted by the stress of my husband’s absence and the transition into motherhood. And Alice’s latch was still painful and frustrating for us both. She never got enough to eat and was constantly screaming to be fed. I found myself dreading feeding time more and more….not lovingly bonding with her over the experience. Actually, I hated nursing her.

I felt like such failure at being a good mother. I had been so hellbent on breastfeeding being the “right” thing to do…and here I was, detesting every minute of it. Feeling like a terrible mother. Feeling inadequate and not enough for this precious little person I had been blessed with raising.

And then one day, it hit me. It didn’t have to be this way. I remember wincing in pain as Alice nursed one day, wishing I could just lovingly gaze into her eyes as she ate. And then I recalled that bottle I had been gifted….forgotten about in the closet. And then I remembered some sample formula that had come in the mail soon after Alice’s birth…also sitting in the closet. I got them out, sanitized the bottle and mixed the formula….butterflies in my stomach….feeling like I was committing some sort of a crime. And then I gave her the bottle….

And for the first time….I got to lovingly gaze at my daughter as she ate. We stared at one another…her little hand reaching for my face. And I felt it. That rush of love and devotion. That beautiful bond that happens between mother and child during a feeding….only there was a bottle between us. And that was okay…. After that first night of giving my daughter a bottle, I felt such relief. Like a dark cloud had been lifted off of me and I started to find the joys in motherhood that had been overshadowed by frustration and self-doubt prior. I realize now, some 6 years later, that I had been slipping into a depression.

Now Alice is almost 6 years old, thriving in all ways…none the worse for her formula-fed days. She eats and loves whole real food and is wildly healthy, bright and imaginative. While my journey with breastfeeding was full of frustration, self-doubt and even some depression, it was also an incredibly humbling experience that taught me a valuable life lesson: to follow your gut…always. But especially when it comes to parenting. Like many things in life, motherhood is not a cookie-cutter deal. There is no one right answer, way or tactic…despite what others might say. It is okay to go against the grain and to do what feels right in your heart. The old saying goes “Children don’t come with owner’s manuals” rings so true….because there is no one “right way” when it comes to raising our children. Only our love and mommy guts to guide us. 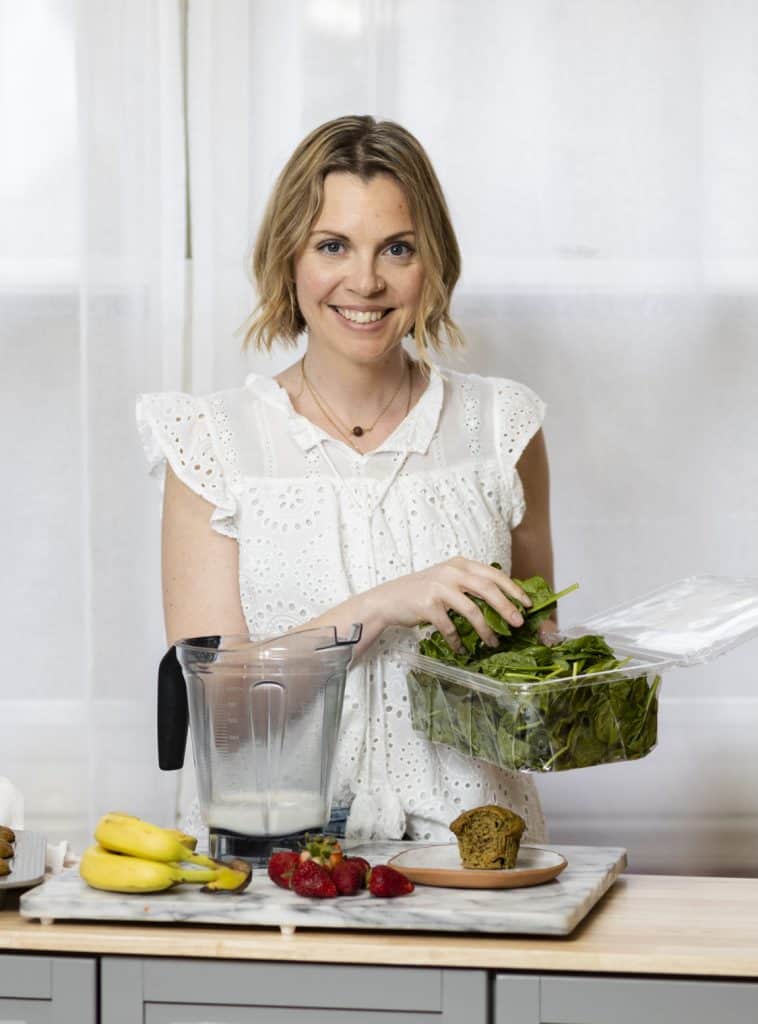