Forgive me guys, but I am about to unload a scary, true and slightly intimidating fact on you all:

How your child eats in their early childhood years has a major impact on their lifelong health. 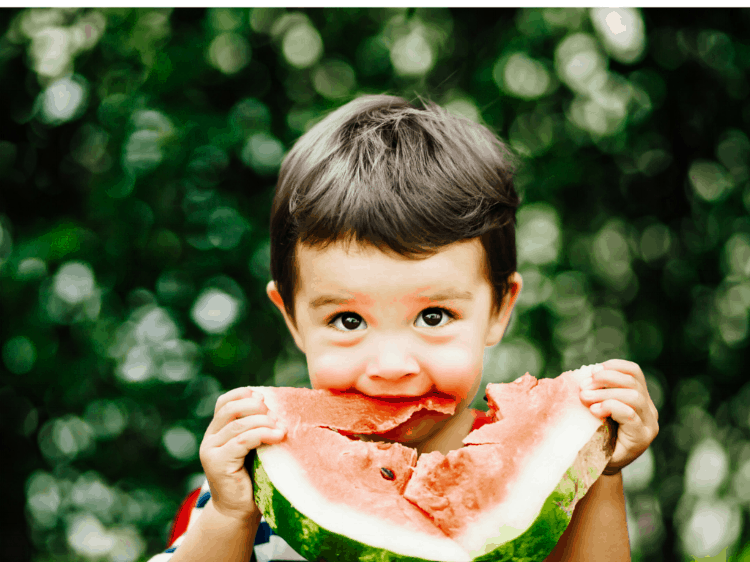 In case you have ever wondered why I am so damn passionate about nutrition and kiddos, that statement pretty much sums it up. In a world where 25% of children ages 2 to 18 are categorized as overweight (according to the Centers for Disease Control and Prevention), it is something I feel like many more people need to be passionate about…..or at least informed. We have all probably heard that terrifying statistic:

For the first time ever, this upcoming generation is predicted to have a shorter life expectancy than their parents.

As a mom and teacher, that prediction hits me right in the heart and the gut. Every year, we make further advancements in the medical world toward curing terrible diseases and ailments. How is it possible in a world of such knowledge that our youth can be deemed to be THAT sick? Because of unhealthy lifestyles, friends. Plan and simple. I hate to put it harshly, but I’m just going to lay it out on the table for you:

We have the opportunity to teach our children the lifestyle that will make their health flourish or slowly kill them. I know which I am picking.

We read to kiddos as babies so that they grow up with a love of reading. We get them into little league so that our sons and daughters know what it means to be a team player early in life. So, it only makes sense that we put as much effort into nourishing their growing bodies as we do their growing characters. I recently spoke to a group of fellow educators about the importance of nutritional education in the early childhood classroom. While I absolutely feel like teachers can and should be an active role model in promoting healthy lifestyles to children (some states are even implementing nutrition focused curriculum (like California where I am located), the main responsibility of molding a child’s healthy lifestyle falls heaviest on their parents. A little food for thought on why it’s time to take action in your child’s healthy lifestyle:

Children develop the eating habits they will carry with them throughout life by age 5.

That is an incredibly short period of time in life if you think about it! Just 5 short years to help children embrace fruits and vegetables as a positive thing in their life instead of a chore to be suffered through. It is never too early to start exposing your child to healthy foods, choices and balance at the dinner table (or breakfast or lunch table). Unhealthy eating habits can start being formed as young as age 2, so it is vital to fill those first few years with the eating habits you hope your child continues with throughout life…as chances are, that is exactly what they will do.

Learning healthy habits early is easier than unlearning unhealthy ones later in life.

I think this is something we can all agree on. Think of an unhealthy habit you have or have had. How hard was it to break? Was it biting your nails? Or not eating a cookie to feel better at the end of a bad day (okay, that was MY bad habit that I had to learn how to break)? Regardless of what the unhealthy habit is, it is better to not let it take form in your beloved child’s life in the first place rather than try to break it later on. Tell them to turn off the TV when they are eating. Insist that they not skip meals.  And ensure that they have balanced choices at meal times. Health is a habit that needs to be practiced over and over.  Habits are formed by having the same routines, expectations occurring again and again. If children are served cookies for snack over and over, they fall into the habit of having cookies for snack. If children are served grapes for snack over and over, they then fall into the habit of having grapes for snack. It just a matter of time, patience, and exposure….like any new habit and skill. Teach them the value of carrot sticks and apple slices NOW so that you are not trying to convince them they are important later on.

How nutritious your child’s diet is can have a major impact on how well they do in school.

What a totally powerful statement. Scary and startling, but also ringing with a lot of truth. While I pray that none of you or your families are struggling with hunger, undernourishment is a very real thing for many people…even with those who have plenty to eat. There is, literally, more than enough food produced in America to feed everyone in our population…or rather “food like items.” Lunachables and Oreos are not nutrient dense foods. They are “food like items” that were cooked up in a lab to taste good and fill the belly…but that’s about it. There are no vitamins and nutrients going into your child’s body when you send those things with them to school in their lunchbox. They are eating, yes…but if they are filling up on foods that are lacking nutrients, their bodies aren’t going to have all the physical building blocks they need to help the brain grow and absorb knowledge.

I know we are all busy. I know life is insane. I know kids will wage war at the dinner table over a cooked carrot at the end of the worst work day you’ve had in years. I know all of this because I am right there in the trenches with you. Being a parent is tough work, but I don’t think any of us took on this gig thinking it was going to be easy. But it is time to make healthy living a focus in our homes again. It is simply not acceptable for a generation with such promise and opportunity to be so sick and tired. And it’s our job to start turning it around….one cooked carrot war at a time.