You put the lime in the coconut and drink them both up. 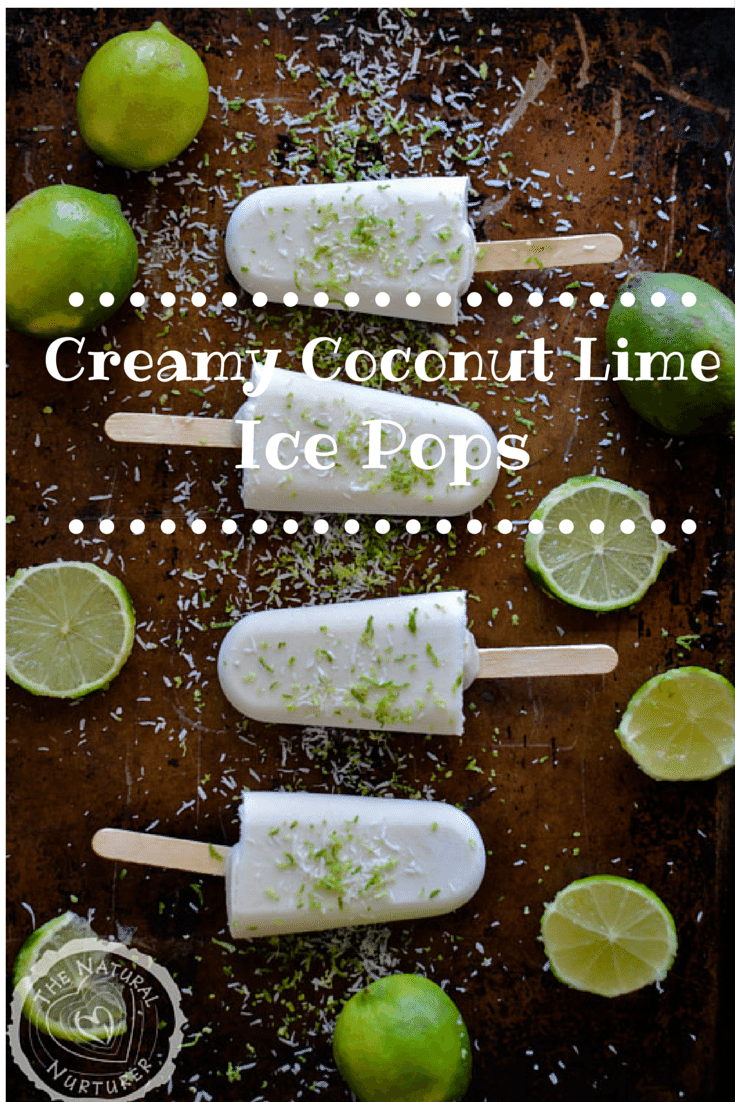 That song must have been written in the depths of a serious heat wave because man, does that flavor combination just taste like mid summer. It just refreshes the socks of off you!

It’s hot here in San Diego. Heck, it think it’s hot everywhere on this hemisphere right now. The sun is strong and mighty. The air is thick and steamy. It certainly is the dog days of summer and my cooking routine is all off. I use the word “cooking” loosely, as it’s my personal goal to turn the stove and oven on as little as possible until Mother Nature decides fall is in season (see what I did the there? This weather makes me so punny! Okay, I’ll stop now. Please don’t go away!). So, in my determination to not actually cook anything, recipe development has taken a turn toward the freezer. 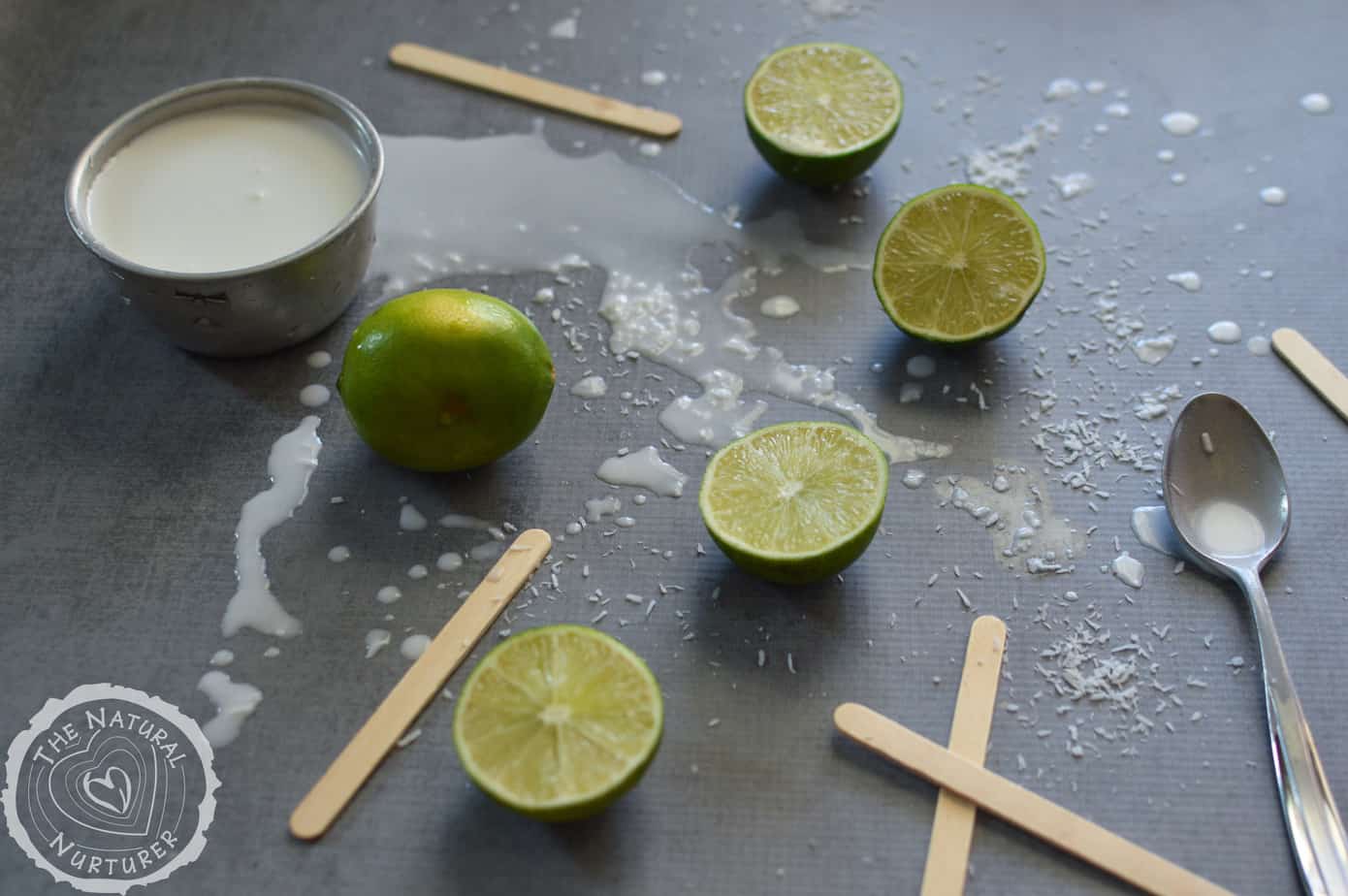 My mom is actually the brains and inspiration behind this recipe (and many other things in my life). We are adorable and chat on the phone frequently, but always on Sundays. Living 3000 miles away from one another, it has become our routine and long-distance time together.  It was during one of those Sunday convos a few weeks ago that popsicles came up.

“Oooohhh, Taesha. You have to try these popsicles I made!” My mom said, describing her frozen creation. You can clearly see that the apple doesn’t fall far from the tree and being a recipe developer is genetic, but back to my story. 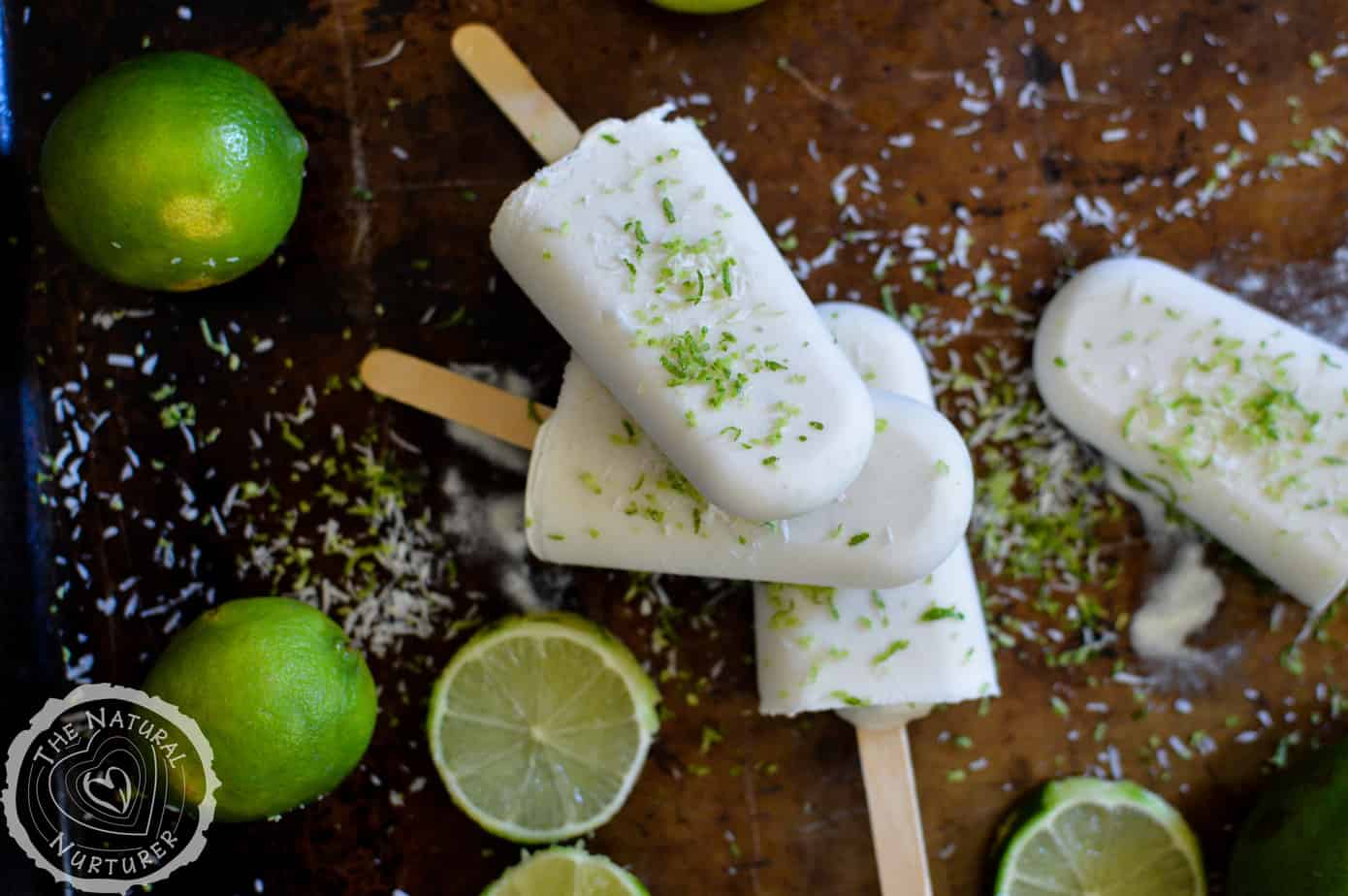 My mom rattled off her simple recipe for coconut lime popsicles. As she was talking, the song “you put the lime in the coconut and drink them both up” played on repeat in my head. After she was done telling me about it, I figured it was a popsicle that I had to try. If the flavor combination was a winner for my mom and inspired an award winning song, than it was good enough for me! Plus, it also meant I didn’t have to turn my oven on for one more recipe.

So, the results: basically tangy ice cream on a stick! My mom wasn’t kidding when she was telling me how delicious these were. The coconut milk is so creamy and satisfying. The lime juice adds a refreshing zip of tang and the frozen part is just amazing on those 90 degree days when it is so hot that you just want to lay on the floor staring at the ceiling fan (we’ve all been there). Extra bonus to these ice pops is that they are full of healthy ingredients, so when my daughter inhaled one for snack and then batted her pretty blue eyes asking for another, I felt zero guilt in handing her a second one. She thought she had hit the snack time jackpot, while I knew she was loading up on healthy fats in a delicious way.

Extra bonus, these pops are mixed in about 30 seconds in your blender! Make then quickly before heading out with the family to the beach and they will be ready to refresh you upon your return!

1. Throw everything into a blender and run until mixture is smooth and has an even consistently. If using dates as your sweetener, add them with the coconut milk to the blender first and run until smooth before adding other ingredients.

2. Pour into Popsicle molds. Freeze for 4-6 hours before enjoying.